Daylight can be fresh, beautiful, delicate, warm, and renewing. It was humankind’s first illumination long before the gift of fire. It brings us energy and hope, makes plants grow, makes water sparkle. Daylight lifts our moods and sets our internal clocks.

Naturally, then, as soon as we developed shelter, we began trying to bring light into it – and that quest continues. “It depends on what region you live in,” says Craig Wickersham of Scottsdale’s Craig Wickersham, Inc. Architects. “So if you grew up in an East Coast or northern climate, where the windows are smaller to protect from losing heat in the winter, that’s one extreme. The other extreme is here in Arizona, where the indigenous people would build things with very small window openings and try to just to keep the heat out as much as possible: lots of shade and things like that.”

“Glass is the thing that really changed it,” Wickersham says. “So the things that we do as architects, at least from my office, is we try to incorporate natural light everywhere. And that’s something we love to do, to the extent that our clients just can’t have enough of it. They want a lot of windows, and they want a lot of free light coming in.

“Having all that natural light is also a connection with the outdoors, and the ability to have a sense of time. They’ve found, in hospital design, that people who live in hospital rooms for extended periods of time without a connection to the outside … lose track of time of day and subtle things, and that’s psychological impact to a lot of people. Some people are more sensitive to it – you know, Seattle, places like that, where it becomes depressing without that good quality light.”

To get the daylight pouring in, Wickersham’s designs incorporate everything from clerestory windows to interior glass walls. “There are just so many things you can do,” he says. “I use a lot of glass that has translucence or art, you know, impressed or heated and melted glass, laminated glass with artful things in it. Still allows light, but also it allows some sense of beauty. A privacy glass where we don’t necessarily need a view because we’re going to be in the shower, or in our bedroom or something. So that’s always a fun part of natural daylight too, is the artfulness that you can get out of it. “ When executing a design, it can be hard to know where, when, and how the light will strike a window and what the effect will be. “From an architect’s point of view, who’s been practicing a long time,” Wickersham says, “my tendency is more intuitive, based on my experience in design. Now, with the computers as strong as they are, [we can] model a building and then pretend that the sun is there, and then pretend that the effects are this, and then we can add different kinds of window glazing systems to adjust in that model before we ever build it. But for most people who are practicing residential, as I do, it’s more intuitive-based and code-based.

“As far as windows and natural light, I think the tendency has been for most people to use and incorporate that interaction between the outside and the in. It’s just a natural affinity.

“We think of protection, as much as anything, here in Arizona. So large amounts of outdoor covered spaces that protect the sun from penetrating air-conditioned spaces that are a little more sensitive are really important. Rooms that I have facing north, I have very little overhang and allow a lot more natural light in. We put skylights down spaces that can’t get windows.”

Daylight is fluid and its partially random movements and intensity are part of its charm. “A cloudy day feels so different than a full-sun day,” Wickersham says while looking over a rendering. “There’s a certain romance in the weather of having storms and clouds and movement, and I think that’s an important part of our energy cycle, too.” 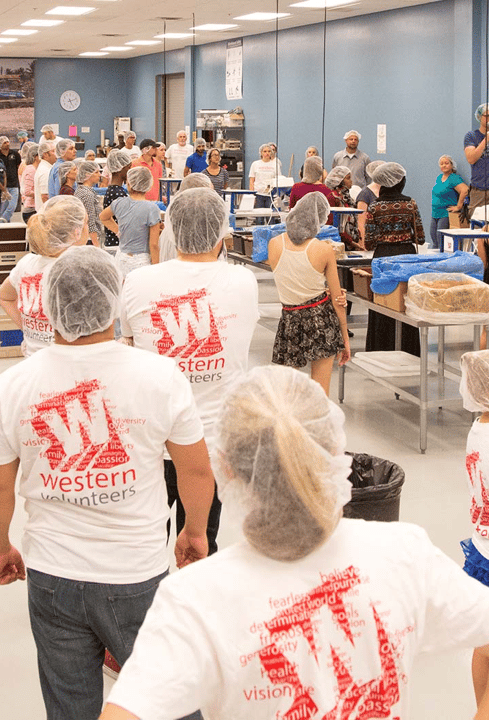